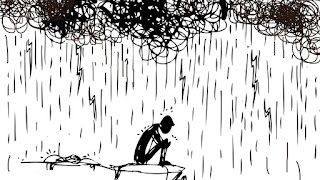 In the past, I’ve discussed two neurotransmitters (hormones) in the brain that are related to addiction and depression.  These hormones are dopamine which is associated with our sense of reward and pleasure and serotonin which is associated with general happiness and feeling good.  I also referenced that depression and its traditional treatment is associated with maintaining higher levels of serotonin but I made mention of the Toronto study that determined the deepest levels of depression are linked to very low levels of dopamine.  This week, I’d like to add to the discussion and cover treatment options for these difficult and potentially devastating conditions.

The standard modern treatment for depression has been the prescription of what are called SSRIs or serotonin inhibitors.  These drugs function to block the reabsorption of serotonin in an attempt to keep the levels of this “happy hormone” high in the brain tissue.  This method makes sense and in some instances can be very effective.  This has been the accepted approach to depression since the early 1980’s.  However, with more aggressive marketing and wider usage, the drugs came under scrutiny in the year 2000 as medical research and case studies made a link between the use of SSRIs with aggression, suicidal tendencies, and violent behavior especially in children and teens.  In fact, in 2003, the British government banned the use of several of the drugs in citizens under the age of 18.  The FDA followed in 2004 by placing a black-box warning on the drugs alerting parents to watch for any signs of these behaviors.  Over the years they’ve expanded these warnings to include side effects of increased risk of bone fractures, sexual dysfunction, panic attacks, mania, cognitive disorders and loss of contact with reality, and increased feelings of depression and anxiety!  I remember when all of this was coming out in the medical literature and I’ve always wondered what the mechanism was that could make the drugs helpful to some people but dangerously harmful to others.  In researching this article, the aforementioned Toronto study of 2005 provided my answer.  Because our brains and chemistry are all different, some of the SSRI drugs on some of the people result in a deficit of dopamine some of the time.  The study showed in the bad reactions the drugs seemed to “hijack” the dopamine transporters causing levels to plummet.  As I mentioned in past posts, everything we do is tied to dopamine and this lack is the major cause of addictive behavior and the deepest depression.

One of the best seminar courses I ever attended was about the stress response and how it related to brain chemistry including these two potent neurotransmitters.  As it turns out, we are supposed to maintain normal levels of serotonin and dopamine through healthy lifestyle habits such as adequate sleep, physical exercise, loving relationships, positive thoughts and even the vitamins and minerals we receive from fruits and vegetables.  So if you’re looking to prevent depression and addiction this is your best strategy – place your focus on health and happiness.  However, if you’re already dealing with these conditions, I still recommend the lifestyle approach, but I recognize that it may take more as the subconscious and hormonal patterns are already established.  If you’re using the SSRIs, just be aware of the side effects and don’t settle until you find one that is agreeable as there are several different options.  I also need to mention that you should not try to go off these on your own – have your doctor or pharmacist help you wean off them safely.  Even though it’s not as popular as it used to be, a qualified counselor can help you work through these problems and eventually uncover the underlying cause of your depression or anxiety which the drugs will never do.

Posted by Rivertown Chiropractic Wellness at 11:46 AM